On a hot summerday on the Swedish Westcoast we were lucky to have this cormorant coming.

Just like us, it likes to dive and swim in the water, but just as soon
it comes on land again, taking sunbaths and drying its wings..

On our Iceland-trip 2004 we were also lucky to meet the Cormorant again,
here on one of the many cliffs along the shore of the Eastern Coast.

16 Cormorants lined up in the sunshine. 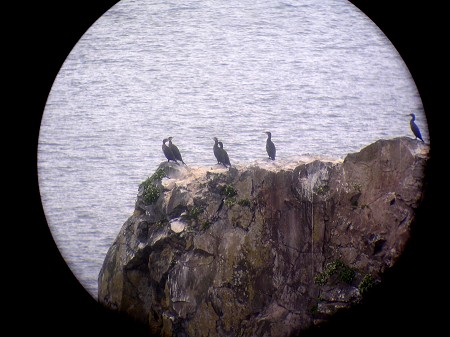 ...and here a close-up of the Cormorants on the cliff above.

Typical place for their nests, in top of trees. This one from Denmark.
Photo: © Klaus Bjerre   www.kbphoto.dk