They are cute, aren't they? But what kind are they? 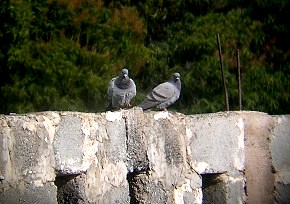 Way down over the harbor another kind kept flying around all the day,
in one big flock from 20 to 50 pigeons at a time. 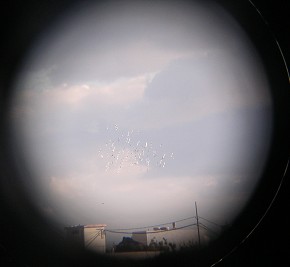 These were white ones, and when they turned left they were often impossible to sight.(left)
Then when they turned right again, we could see them all,
and even count them, if we counted quick.(right)
All above pictures: La Gomera, Canary Islands © www.vulkaner.no